The estimate annual consumption for the standard efficiency motors in the facility was about 549,413 kWh, whereas a retrofit of the standard motors at their end life with premium motors would have resulted in an estimate annual energy consumption of 524,658kWh. Therefore a retrofit would have resulted in an annual energy savings of 24,754.31 kWh, this translates to cost saving of about Kes 542,862 (US$ 5036). The estimate capital Investment on the IE4 Motors was calculated to be KES 2,355,000(US$ 21848), giving a simple back period of about four years and since the payback period is over two years we recommended a gradual replacement for the standard efficiency Motors when they reach their end life.

We visited a facility which used water from municipal supply for process, domestic and community usage. Harvesting rainwater from the facility rooftop was observed to be a viable option in reducing the amount of water bought from the municipality.

To be able to quantify the amount of saving for this particular project we looked up the geographical annual rainfall data for the area, from which using the estimated surface area of the rooftop we were able to estimated amount of rain water that would be collected annually.

The table above shows a summary for the techno-economic analysis for the energy conservation measure which had an attractive simple payback period of about one year.

A facility was found to have Compact Fluorescent Lights (CFL), T8 fluorescent lights, incandescent bulbs, and halogen and metal halide floodlights. These could be replaced by more efficient and durable LED lighting. We therefore recommended replacing them immediately with LED. To quantify the annual energy consumption and eventual savings we used the formula below;

A techno-economics analysis for the recommendation is shown below.

A facility was observed to consume a significant electrical energy from its processes translating to about 526 MWh Annually. This electrical power was supplied by utility company Kenya Power at an average cost of about 0.23$US/kWh.

Harvesting of renewable energy resources like solar PV has never been fully exploited within the facility despite them being abundant at the site.

We evaluated the potential in replacing part of the load with solar for possible energy savings.

A grid tied solar PV system without battery storage was proposed to be installed as an energy conservation measure.

A grid tied solar system is connected to a large independent grid (typically the public electricity grid) where it supplements the amount of energy imported from the grid by a consumer. This is a form of decentralized electricity generation whereby during the day the solar panels generate DC power which is fed into the PV inverter. The PV inverter convert the DC power into AC power which is then fed into the distribution board through a service box, typically a switchgear box. The power fed into the distribution board is then directed to the loads with any balance in supply being complemented by the utility grid. At night, all power being used is imported from the utility grid.

A techno-economic analysis for the design proposal showed that it would result to generation of about 146 MWh annually at an average cost of 0.13$US that would result to about 40% energy consumption saving.

A feasibility study for the proposed Solar installation using RET Screen Expert software showed a simple payback period of four years, 42.3 tonnes CO2 gross annual GHG emission reduction and an energy cost saving of Kes 81,370 802 / $USD 813,700 over the system lifetime, that is, at 100% debt ratio with a debt term of 10 years at 12% debt Interest rate. 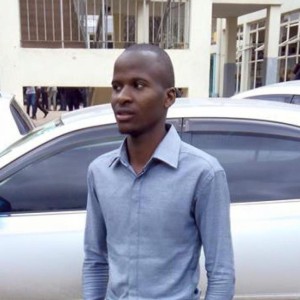